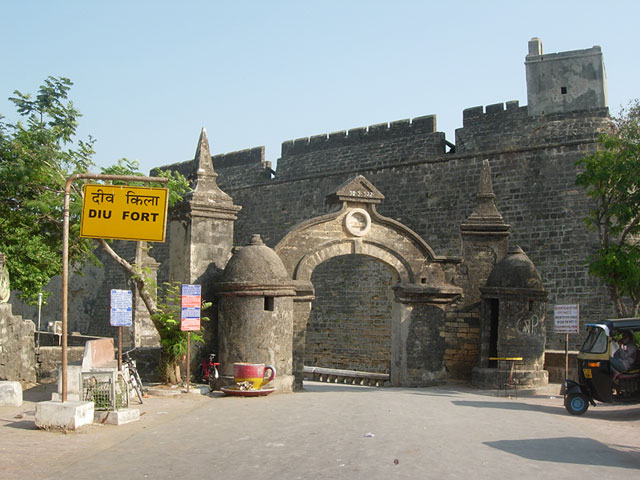 Among the places of tourist interest, the Fort of Diu occupies a prominent position. It is an expansive and imposing structure, situated on the coast of the island. The fort commands a magnificent view of sea. It was constructed between 1535 and 1541 AD.

The fort is skirted by the Sea on the three sides. On the fort stands a giant Light House. Several canons still stare menacingly from top. The main front wall is having five huge windows with stone galleries. The Fort has been creatively lit, which creates a breath taking views at night.

Rugged yet gentle, fierce yet loving. The majestic structure stands on the coast of DIU as a sentinel. Once inside, you are overwhelmed by the gaunt majesty of the ancient stone work which transports you to a bygone era of gallant soldiers where time stands still.